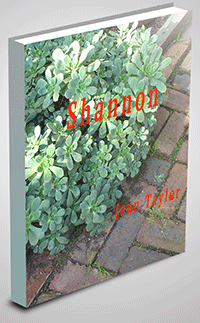 The events in this book take place in Melbourne Australia in 1991. Shannon is a trained carpenter with an architect degree and makes her living doing odd jobs. Shannon is doing a measure and quote for wheelchair access at the Women’s Liberation Building when she hears about the murder of Tom Clark who was one of the bosses at Trades Hall. After coming across a box of Melvina Martina’s material in the WL Archives room, Shannon wonders whatever happened to this lesbian feminist activist she used to have a crush on and who seems to have disappeared since those radical days in the 1970s.

This novel is as much about the romance between Shannon and Rita, who works at the Vida Goldstein Womyn’s Refuge, as it is about Shannon finding herself reluctantly caught up in the pain and drama when she learns that Clark’s long-suffering wife, Phyllis, who is a resident at Vida’s refuge, has been arrested for the murder.

While Shannon is convinced of Phyllis’ innocence and concerned about her being falsely accused she has no intention of playing amateur sleuth. She goes about the business of making a living and keeping in touch with old friends. And above all she is aware of her growing interest in Rita. They eventually do go out to dinner together before ending up in bed for safe sex.

The case seems to be solved when Shannon unexpectedly meets up Melvina. But there is final twist to the plot which sees Phyllis go to trial. In the meantime, Rita and Shannon decide to make a go of it.

After completing your purchase, choose Book Downloads Menu and select My Profile which will show you your purchase for download. Please select the appropriate version according to your device: Epub (for most devices); mobi (for Kindles); PDF (for computers and most tablets)

If you have any problems with your download, please send an email to: admin@dykebooks.com

This book is set in the heady days of 1973, at the height of the Women’s Liberation Movement in Melbourne, Australia, and at a time when lesbian feminists were starting to make their presence felt.

It tells the story of two 16 year olds, Kieren and Tess, who are friends at the beginning of the book and lesbian lovers by the end of it. These young womyn are still at school when they start to learn the hard way about how womyn are oppressed and what they can do about it by becoming involved in various WLM activities and womyn’s activist collectives.

This book also describes Kieren and Tess’ relationships with their mothers, Gene and Rhea respectively; as well as some of the aspects of Melbourne culture at that time. And includes short stories written by Kieren to illustrate the points and expand on the themes in the main story line.

After completing your purchase, choose Book Downloads Menu and select My Profile which will show you your purchase for download. Please select the appropriate version according to your device: Epub (for most devices); mobi (for Kindles); PDF (for computers and most tablets)

If you have any problems with your download, please send an email to: admin@dykebooks.com